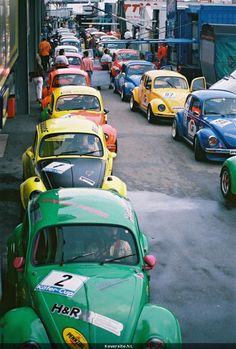 Business magazines trumpet the glory of establishing a business from scratch then selling it at a massive profit. Mr C did just that. However his success story did not have a happy ending, when an appeal judgment was handed down in the Cape High Court last week. He had wanted to have his cake and eat it too, but found himself on the wrong side of a damages claim.

C’s business started off specialising in the repair and maintenance of VW Beetle cars, and expanded into VW Beetle car hire, gaining a reputation amongst foreign tourists. The business boasted net profit of R120 000,00 per month in 2004, when it was sold to G CC as a going concern for R1,9 million. G continued the business under a new name but from the same premises.

At the same time as the sale, C opened a new business literally down the road. On the face of it, there would be no competition with the Beetle business sold to G, as the new business would allegedly only service recent VW cars using computer technology, and not old Beetles.

Soon after C’s new business opened its doors, however, G noticed a great decline in the Beetle business. They suspected filching and unfair competition on the part of C. G tried unsuccessfully to sell the Beetle business on to a third party, and finally sold it back to C for a mere R400 000,00 in 2005.

In 2007, G sued C for damages, including damages for unfair competition. In 2014, it finally secured a judgment for damages of R1,2 million and other amounts. C won the right to appeal the award of damages against him.

In considering G’s claim, the court noted that healthy competition is valued in a society based upon free enterprise. Mere competition is not unlawful. In order to be unlawful , a trader’s competitive conduct must be wrongful when regard is had to the moral values of the community. Fair play and honesty were important considerations which could countervail against the values of free market competition.

The court examined the evidence and found that C, “a shocking witness”, could not be believed. It was simply untrue that the competing business had been up and running when the Beetle business was sold, and G had certainly not consented to such competition. The parties had in fact concluded a restraint of trade agreement as part of the sale of the Beetle business, in which C agreed not to partake in any competing business in a 8km radius for 2 years. No businessperson would reasonably pay close to R2 million for a business and allow the seller to open an identical business a few doors down.

Witness testimony confirmed that C had taken his client lists with him when he sold the business to G, and that his standard practice was to call these clients every couple of months. He had effectively sold his business but attempted to keep his clients.

In a master stroke, G got hold of and produced email correspondence between C and a prospective client in which C actively diverted the client away from G’s business and to his competing business, dishonestly warning the client not to confuse G’s business with the old business (which Gratima had in fact purchased as a going concern) and also running down G’s business, services and integrity.

The court was unimpressed. There was no doubt that C had indeed competed unfairly with his unfortunate purchaser, and was liable to G for its proven damages.

On a re-examination of the evidence, the appeal court dismissed C’s efforts to have the damages award reduced or set aside, and upheld the award with costs against him.