Most written agreements end off with a number of “boilerplate” clauses, being the small print that is usually glossed over. These are standardised clauses which deal with general matters and appear in most contracts, regardless of whether the specific agreement concerns a simple sale of apples or the manufacture of jet planes worth billions of rands.

Examples include clauses about severability, the whole agreement, variation, disputes, jurisdiction and so on.
These clauses are often clumsily drafted in high legalese. For the sake of covering all bases, they may go on much longer than is strictly necessary.
This series of updates seeks to decode the legalese in some of the most common boilerplate clauses.
Towards the end of most agreements, one comes across words to the following effect under the heading “SEVERABILITY“:

Except as expressly provided to the contrary herein, each paragraph, clause, term, and provision of this AGREEMENT, and any portion thereof, shall be considered severable. If for any reason, any provision of this AGREEMENT is held to be invalid, contrary to, or in conflict with any applicable present or future law or regulation by any Court in any proceeding between the parties, that ruling shall not impair the operation of, or have any effect upon, such other portions of this AGREEMENT as may remain otherwise intelligible, which shall continue to be given full force and effect and bind the parties hereto.

For example, we might agree:1. I shall purchase ten apples from you every week for a year.

3. If I fail to pay for any single apple, then you may cause the words “bad debtor” to be tattooed in large black capital letters across my forehead.

4. The clauses of this agreement are severable, one from the other.

Clause 3 would be found to be against public policy (that is, morally repugnant and socially undesirable) and thus unenforceable. However as the clauses are expressly severable one from the other, you could still enforce your right to payment against me. The failure of clause 3 would not mean that the agreement fell away in its entirety and you were left out of pocket. 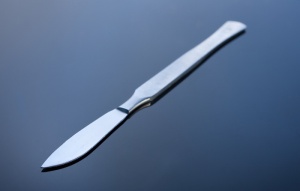